In Praise of an Elementary Identity of Euler

We survey the applications of an elementary identity used by Euler in one of his proofs of the Pentagonal Number Theorem. Using a suitably reformulated version of this identity that we call Euler's Telescoping Lemma, we give alternate proofs of all the key summation theorems for terminating Hypergeometric Series and Basic Hypergeometric Series, including the terminating Binomial Theorem, the Chu–Vandermonde sum, the Pfaff–Saalschütz sum, and their $q$-analogues. We also give a proof of Jackson's $q$-analog of Dougall's sum, the sum of a terminating, balanced, very-well-poised $_8\phi_7$ sum. Our proofs are conceptually the same as those obtained by the WZ method, but done without using a computer. We survey identities for Generalized Hypergeometric Series given by Macdonald, and prove several identities for $q$-analogs of Fibonacci numbers and polynomials and Pell numbers that have appeared in combinatorial contexts. Some of these identities appear to be new. 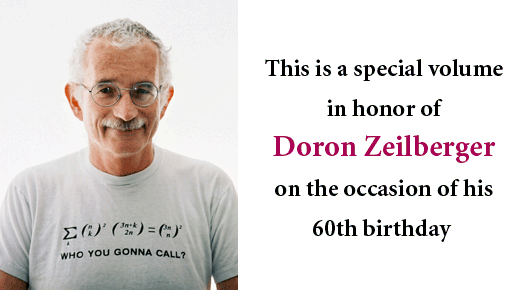